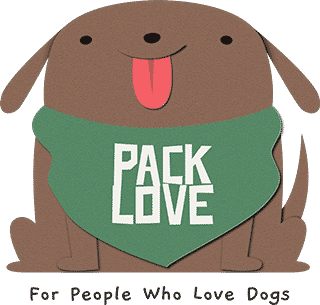 A member of the toy breed, the Shih Tzu is short with a slightly long body. It has a good-sized head with a short snout. Its rounded eyes and undershot bite are prominent. A curled-up tail over its back adds to its adorable features. The Shih Tzu breed is affectionate, happy, loyal, and outgoing. They get along with their owners, kids, and other pets well. Bred for companionship, they make great family pets.

What Is a Shih Tzu?

Pronounced as “sheed-zoo” or “sheet-sue,” this breed’s name means lion dog. A Shih Tzu is a small dog with long locks, a friendly attitude, and a distinctive face that many find charming.

They originated in Tibet in the seventeenth century. Being delightful companion dogs, they were given to Chinese emperors as presents.

The small stature of the Shih Tzu is covered with lush, long, straight hair. If grown long, these tresses can sweep the ground. Brachycephalic in nature, they have a flattened face and short muzzle.

Shih Tzu can have a distinct undershot bite. All these features contribute to their cute and endearing appearance.

What Color Are Shih Tzu?

According to the American Kennel Club, any color and pattern are acceptable. This is based on the Shih Tzu breed standards. There are nine solid colors that you can find in a Shih Tzu. These are:

Other than colors, this pooch comes in various patterns and markings. They will often change shades over time. Because of this, Shih Tzu owners register their dog’s skin color rather than their coat color. The most common color combinations are:

What Is the Most Popular Color of Shih Tzu?

Shih Tzu with double-colored coats are the most common among the pattern types. They are even more prevalent than solid-colored coats.

Black with white and red with white are two of the most popular. The mostly seen tricolored Shih Tzu is the one with a black and gold body with white markings on the face.

What Is the Rarest Shih Tzu Color?

A completely black Shih Tzu without white markings is the least common in this breed. Similarly, purely white pups are also rare. A dominantly white canine with black markings has never been documented.

What Color of Eyes Do Shih Tzu Have?

The color of your Shih Tzu’s eyes is dependent on its coat color. Most possess black eyes.

However, some of them with blue or liver coats have different eye colors. A blue-coated Shih Tzu will most likely have blue eyes. A liver-colored pup will own light-brown or golden-colored eyes.

Do Shih Tzu Have Tails?

Shih Tzu have tails that are heavily plumed, high, and curving well over their backs.

Being one of the expressive body parts of a dog, the Shih Tzu uses its tail to convey its feelings. It is excited if it is wagging it ferociously. It’s a different story if you find it tucked between its legs.

Are Shih Tzu Born Without Tails?

All healthy Shih Tzu are born with tails.

However, a gene variation may disrupt the development of any dog’s tail. This is especially true during the prenatal period. The said variation can result in a congenitally short or completely absent tail.

How Long Are Shih Tzu Tails?

The Shih Tzu’s tail is a sickle shape that curls over its back. The hair is usually grown long, making the tail feathery in appearance.

Shih Tzu puppies look like their adult counterparts, only cuter! They have adorable smooshed faces that can melt the hearts of many.

With smaller legs and tinier bodies, they also have shorter hair strands. They will only have one coat layer until they reach around seven months when the second layer starts to grow.

Like many toy breeds, Shih Tzu matures at around ten months. You can expect them to reach their full adult size during this time. The Shih Tzu adult average weight ranges from 9 to 16 pounds (4–7 kg).

What Type of Dog Is a Shih Tzu?

Genetically, the Shih Tzu is one of the domesticated breeds closely related to wolves. Originating in Tibet, they belong to the Asian Toy Dog breed.

Some believe the Shih Tzu is a cross between a Tibetan Spaniel and the Lhasa Apso.

How Many Different Types of Shih Tzu Are There?

Shih Tzu’s ancestry dates back to ancient China. Theirs is a long history of being delightful lapdogs of royalties and oblates. They come in different shapes and sizes.

There are eight popular varieties of Shih Tzu:

What Dog Group Do Shih Tzu Belong to?

Toy breeds are generally small in size. They are usually adaptable, pleasant, and warm. These attributes make them popular with families and city residents. The American Kennel Club recognized the Shih Tzu in the Toy Group.

Is a Shih Tzu a Snub Nose Dog?

Dogs with short noses are called snub-nosed dogs, and the Shih Tzu is one of them. They are prone to respiratory diseases.

Shih Tzu’s short snouts limit their breathing abilities. They do not breathe as efficiently as others with regular muzzle sizes. Some of the other snub-nosed dogs are Bulldogs, Pugs, and Pekingese.

Is a Shih Tzu a Purebred?

Selective breeding has yielded purebred dogs we know and care for today. One of the oldest dog breeds globally, the Shih Tzu is purebred. However, different breeds and varieties have come up over time.

Ensure that you have a purebred Shih Tzu by looking at its characteristics. You may also take it to the vet for a test or check its pedigree papers.

How Do I Know if My Shih Tzu Is Purebred?

Carefully observe your pet’s appearance and behavior. Here are the things to look into to ensure that you own a purebred Shih Tzu:

Is There a Shih Tzu Crossbreed?

Shih Tzu is undoubtedly one of the most adorable dogs in existence. They are responsible for a wide variety of crossbreeds. Some of the unique mixes include:

What Breeds Make a Shih Tzu?

One theory states that the Shih Tzu was bred from a cross between a Tibetan Spaniel and the Lhasa Apso. Another concept is that these well-loved pups descended from the Pekingese and Lhasa Apso mix. Yet there is another notion that this pooch came from its original ancestor bred with a Pug.

According to ancient records, the Tibetan dogs’ first ancestor was the Gobi Desert Kitchen Midden Dog. It evolved into the Small Soft-Coated Drop-Eared Hunting Dog.

Ultimately, the Kitchen Midden Dog was used in the early breeding programs. From it, the Tibetan dogs were developed. The Tibetan Spaniel, the Pekingese, the Japanese Chin, the Pug, and the Shih Tzu are among them.

Where Do Shih Tzu Come From?

Shih Tzu records go back to at least 1000 years. They hail from China’s western neighbor, Tibet. Tibet was a sovereign nation until 1951 when the People’s Republic of China annexed it.

Early Tibetans sent dogs to the Chinese royalty as gifts. These were then imported to England and other parts of Europe. In the 1940s, American soldiers started bringing them home to the United States.

When Were Shih Tzu First Bred?

Around the time of the Qing Dynasty, between 1644 to 1662, the breed moved from Tibet to China.

The Chinese bred them with Pekingese or Pugs to make them look like a lion. It was this breeding program that created the modern-day Shih Tzu.

What Were Shih Tzu Used for?

Shih Tzu were initially bred to be companions. In ancient times, these friendly pups sat on people’s laps in the high order of society. They walked in grand palaces and temples.

Often referred to as the lion dog, the Shih Tzu also played a significant role as a lion symbol in Buddhism.

What Are Shih Tzu Used for Today?

Through the years, the Shih Tzu remain to be a great pet. Their adaptability is one of their best qualities. They make terrific apartment pets, superb with families and children, and do well in mansions or farms.

Is a Shih Tzu a Hunting Dog?

Considering belonging to the toy breed, Shih Tzu are not meant to be hunting companions.

Great as indoor dogs, they would have several concerns in the field. Breathing concerns, short legs, and the tendency to overheat are some of the difficulties they would likely encounter.

What Were Shih Tzu Bred to Hunt?

They may be called lion dogs, but Shih Tzu are far from being fierce. Outgoing as they are, these canines are more of a charmer than a hunter.

Nonetheless, they love hunting for and retrieving balls, only to get you to throw them again. They also love nothing more than to hunt for and follow their owners from room to room at home.

How Far Can Shih Tzu Smell?

All dogs generally have a heightened sense of smell. However, those with short noses have less space for scent-detecting cells than long-snout breeds.

Shih Tzu can smell objects or people as far as 20 kilometers away (12.5 mi). They can do this under perfect conditions.

Can a Shih Tzu Be a Guard Dog?

Shih Tzu may wear a guarded attitude toward unfamiliar people. But their good nature shoves them to be trusting. It takes them a couple of minutes to be kind and welcoming to your new guests. Because of this, most Shih Tzu don’t make good guard dogs.

They are bred to do one thing, and they do it well. That is to delight you and your visitors in their lovable presence.

Is a Shih Tzu a Good Therapy Dog?

Because of their affectionate nature, Shih Tzu can make great emotional support animals. However, not all Shih Tzu has a particular disposition to be a therapy dog. To assume this role, your Shih Tzu should be:

Typically, larger dogs work best to assist people with mobility issues. Other breeds can be suitable for other jobs.

The federal law does not limit any breed from service work. No breed (even mixed breeds) can be banned from offering assistance where needed.

Many Shih Tzu prove themselves to be excellent service dogs. They are loyal, clever, and observant. Most can be trained for the needed commands and tasks.

Some have already excelled in being medical-alert dogs. Areas they worked on include diabetes, allergy, cardiac, and seizure alert. How Much Is a Pembroke Welsh Corgi (and Where Can I Buy One)? How Healthy Are Border Collies (and What Is Their Life Expectancy)? What Kind of Care Do Shih Tzu Need (The Complete Guide to Grooming, Cleaning, and Trimming)?

How Big Will My Samoyed Get (and What Weight Should It Be)? What Do I Need for a Border Collie Dog (How to Prepare for Your New Dog)? How to Train a Pembroke Welsh Corgi (Are They Smart Dogs)